As the PCs explore Uklonjen, the likelihood of an encounter with the dwellers on this plane is inevitable. The Uralicans (denizens of this demiplane) are keeping close tabs on the PCs to determine if they are friend or foe. They have scouts, both physical and psionic, watching everything the adventurers do. As such, in any initial encounter, the Uralicans should be treated as Indifferent. If the party defeated Varg, the Uralicans’ reaction to the party is upgraded to Friendly.

The PCs, however, have another problem: their ship is losing power and they are going to either drift aimlessly or be forced to land soon—given the previous encounters, the wise move is to land. When they do so they are immediately encountered by a small party of Uralicans. If they stay airborne, a short time after they lose power and start to drift, a small Uralican craft comes up alongside them, asking permission to board. They are eager for news and gladly assist the PCs so long as the party is talking, divulging the history of their arrival to Uklonjen in return.

Distant descendants of the Vikmordere, their direct ancestors were cosmic explorers, masters of psionic energy that traveled the planes extending their once proud, great civilization. Others returned with artifacts, knowledge, or wealth, but the Uralicans found instead a portal to an “in-between” plane, Uklonjen, a place that allowed for the creation of gateways to an unlimited number of other planes. The promise of what was to come ended as abruptly as it began as portals quickly began to close, including the portal back home. Years of research to re-establish their link with civilization led nowhere and the Uralicans eventually accepted that they were completely cut off.

Trending
You Can’t Play a Drow

Though stranded, their psionic powers and magical abilities gained power, allowing the Uralicans to survive. Before long they found the source of this newfound power—regenerating xyrx crystals, naturally occurring psionic gems that bolstered their impressive talents of the mind. 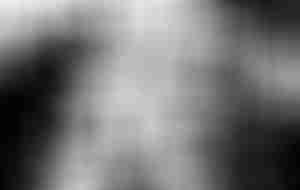 Uralicans began to open up new gateways in hopes of finding a way home, but these new portals proved to be less predictable than their predecessors. Nearly half of their population were lost to interplanar accidents before they stopped their activate exploration program, working instead to map the connections between worlds. New gateways could be opened but only to be tested, left unexplored and swiftly closed once they discovered that the more portals opened to Uklonjen, the less stable each became—their elders finally agreed that no more than three of these planar egresses should remain open at one time.

After closing Varg’s gateway to HEL only three are open, one of which refuses to be closed—the Uralicans attempted to open a portal to the Plane of Mud in hopes to gain backdoor access to the Plane of Water, but instead they opened an entryway to a plane filled with oozes, jellies, and strange plant life brimming with psionic energies—so strong, in fact, that they actively stop any attempts to close the gateway. Two giant oozes passed through the portal into Uklonjen and several Uralicans were lost before the creatures were driven back and fearing more incursions, the cave complex containing the portal was sealed; the last known visit to it was more than 5 years ago.

The Uralicans take notice that the PCs ship is out of power and if the party allows them to examine the vessel, the natives come up with a solution that may work. Xyrx crystals often change properties when placed in other planes, and from the research done on the Plane of Ooze, the Uralicans believe that three crystals can power the adventurers’ ship, so long as they are attuned to the strange Plane of Ooze. In order to do this, the xyrx crystals must be placed through the portal. The Uralicans hope that the PCs, being psionically far inferior to the Uralicans, won’t draw the attention of the oozes and can complete the task; they also hope that the gateway will close when the crystals are withdrawn, allowing the Uralicans to continue their search for a way to their ancestral home.

Gathering xyrx crystals is very similar to mining; treat xyrx crystals like steel for purposes of Hardness (10) and Hit Points (30/inch). The PCs require at least three of the psionic gems, each of them Medium size.